The Reader by MK Harkins 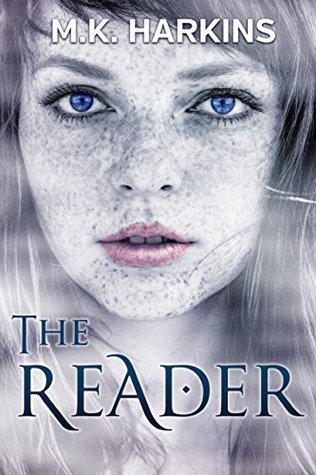 Hunted, shot and without her memory, eighteen-year-old Ann Baker wakes in a shallow water on a deserted Pacific Northwest island. She is soon approached by two young men claiming to be her friends. Something isn't right, but when gunshots sound, Ann is left with little choice but to allow Devon and Archer to help her escape. Soon she finds herself in their North Bend mountain compound, where the higher evolved humans claim to be mind-readers. While Ann heals, she realizes that they believe her to be one of the last and most powerful of all - The Lost One.

She's welcomed by most with opened arms, but  not everyone is happy about her arrival. A jealous adversary has plans for Ann, which spirals the entire Reader community into chaos.

As lies, murder and betrayal threaten to rip apart the once harmonious mountain dwellers, Ann is thrust into making a decision that could save or devastate not only The Readers, but all of mankind. But there is just one glitch: by doing so it may require her to make the ultimate sacrifice.

I really enjoyed this book, but it seemed a little obvious what was going to happen at some points. Sometimes, I was worried that it wouldn't be very suspenseful and it was going to be predictable.

However, I was very pleasantly surprised! There were twists and turns that I could never have predicted! It turned out to be a great book!

With the way it ended, I am hoping that the author writes a sequel. I felt like this one could have been longer and could have benefited from some extra details in some places and elaboration on some parts of the story, but overall, it was a great concept. I look forward to reading more from MK Hawkins!

I received a copy of this book from the publishers, via NetGalley, in exchange for my honest opinion.

Email ThisBlogThis!Share to TwitterShare to FacebookShare to Pinterest
Labels: Book Review, mind reader, mind-reader, MK Harkins, NetGalley, Read for review, Review of The Reader by MK Harkins, Sci-Fi, Science Fiction, The Lost One, The Reader, YA, YA books, YA paranormal