The Readymade Thief by Augustus Rose 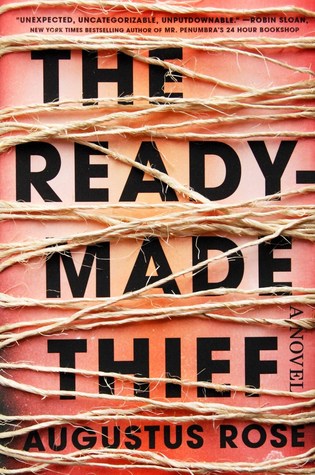 
An addictive literary puzzle that introduces an unforgettable young heroine, plunged into the twisted world of a secret society with a dark agenda.

Lee Cuddy is seventeen years old and on the run, alone on the streets of Philadelphia.

After taking the fall for a rich friend, Lee reluctantly accepts refuge in the Crystal Castle - a cooperative of homeless kids squatting in an austere, derelict building. But homeless kids are disappearing from the streets in suspicious numbers, and Lee quickly discovers that the secret society's charitable façade is too good to be true. She finds an unexpected ally in Tomi, a young artist and hacker whose knowledge of the internet's black market is rivaled only by his ability to break into and out of buildings. From abandoned aquariums, to highly patrolled museums, to the homes of vacationing Philadelphians. Tomi and Lee can always chart a way to the next, perfect hideout.

But the harder Lee tries to escape into the unmapped corners of the city, the closer she unwittingly gets to uncovering the disturbing agenda of the very men who pull the strings of the secret society she's hoped to elude, a group of fanatics obsessed with the secrets encoded in the work of early-twentieth-century artist Marcel Duchamp. What these men want is more twisted than anything Lee could've imagined. and they believe Lee holds the key to it all.

The Readymade Thief heralds the arrival of an astoundingly imaginative and propulsive new voice in fiction for fans of Marisha Pessl and Ernest Cline. 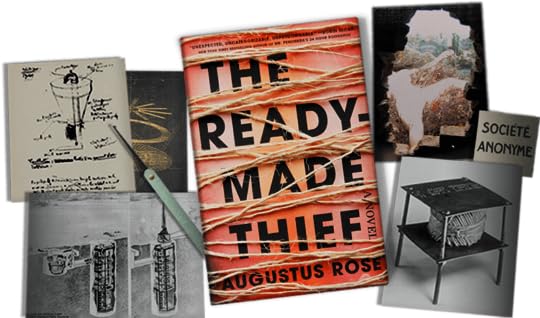 I don't know what exactly I expected from this book, but it definitely wasn't this. For some reason, I thought this book was a memoir. The first part of it reads like one. I thought it was going to be a memoir about an angsty teen, with a crappy home life, but then it takes a crazy turn, and then another even crazier one, then another, and another, each crazier than the last... So, it is written as kind of a memoir, but a fictional one.

The first line of the book explains that Lee was 6 when she first stole something. The first few pages explains her parents not getting along, her mom always being angry, her dad being a charming singer/songwriter that everyone was drawn to and could have made it big "if things had been different." She loved hearing him sitting with his friends, laughing and telling stories, but he sometimes disappeared for a few days at a time, and at 7 years old, he left for good, disappearing without a word. She noticed that he took mote than he usually did, but she expected him to return any day. After a week, she asked her mom. "Her mom looked down at her dispassionately. 'He might come back tomorrow, or he might never come back. I can't tell you which, I think you better just get used to it.'"

Again, I don't know what I expected when I started this book. The beginning was about what I expected, but then, it took a bunch of crazy turns, and ended up being a story I never would have anticipated from the title.

Lee's father is gone. He disappeared. Her mother is a shell of who she once was, and her new crazy boyfriend moves with without Lee even noticing. Then, she gains a friend who wants to "save" her, and that goes horribly wrong.

However, while the first chapter might have given me some background, the next chapters is what the book is really about. This book starts out with an introverted teenager, who started stealing at an early age, and takes such drastic turns, that the beginning of this story could be a separate book than the second half of the story.

Actually, the further I got into the book, the beginning chapters could have been several different books. The authors takes what starts out reading like a memoir and turns it into an AMAZING work of fiction that entertains, shocks, surprises, and makes readers laugh, cry, and feel a whole range of emotions in between that I know I didn't expect to feel, going into a book with a tie like The Readymade Thief. The book just goes in so many different directions that no one would ever expect.

I didn't quite get most of the art references, but I did get some of the scientific & physics references. That didn't really matter too much in the end, though. Even if you know nothing about art and don't understand the references or explanations, I guarantee you will understand the rest of the book, especially the ending.

I was in total shock of this book before I finished it.

The author did an excellent job of including little details that at first may seem unsubstantial, but later end up making a huge impact in the story.

Anyone who likes conspiracy theories or has ever found themselves wrapped up in learning about one will love this book, but even those who have never believed in or been fascinated by a conspiracy theory will like it, because in the end, its not about the conspiracy theory, its about a young girl and the relationships she makes trying to figure out where to go and what to do after being betrayed by her family and friends.

This book had me hooked almost immediately, even when I thought it was a completely different story! I read this book in two nights, and I would have read it in one, if I didn't absolutely have to do to bed at 2am the first night or could have started reading earlier, instead of doing homework that night...

This book really just baffled and delighted me! It was smart, suspenseful, well written, funny at moments, and just an all-around gripping story! I definitely recommend it to anyone!

I received a copy of this book for free from the publishers, via First to Read, in exchange for an honest review. 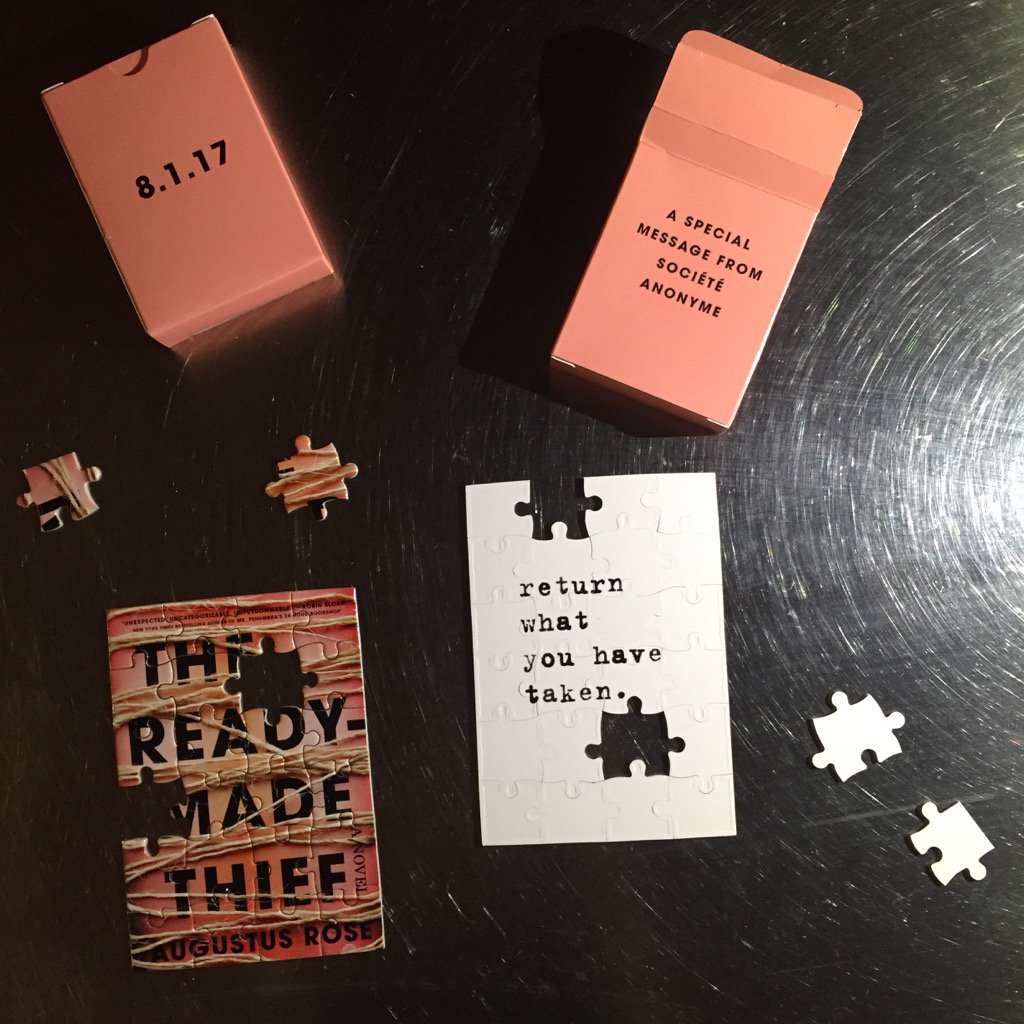 Posted by Meet Your New Favorite Book at 12:11 PM