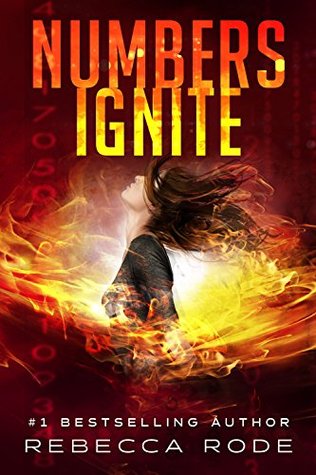 After Treena's disastrous attempt to unite the nation, she has the deaths of hundreds haunting her dreams. Now, with hatred and accusations following her past the border, she's determined to leave that horrible day behind and find a peaceful, uneventful life with Vance and the settlers. But when she starts seeing mysterious figures hiding in the abandoned cities at night and uncovers a strange desert population, she realizes there's a danger much greater than NORA to worry about - and she just abandoned her people to their fate.

Vance is a prisoner. Being rejected by the girl he loves and put on trial for betraying his clan are bad enough, but now he's been framed for a crime he never committed. Their less-than-perfect refuge has become the political game of a madman, and Vance is the only one who can stop it - if he can keep from being executed first.

Treena and Vance are still very much in the game, and this time, it will take everything they have to save those they love.

Rebecca Rode is the international bestselling author of the Numbers Game trilogy and Love Right, a sweet romance. Her published works also include the inspirational book for mothers, How to Have Peace when You're Falling to Pieces, and various freelance articles in the Desert News, Provo Daily Herald, KSL.com, Family Share, and Schooled Magazine. She loves cheesy martial arts movies, chocolate-banana shakes, and good, old-fashioned romance. Rebecca lives with her husband and four children.

Holy crap! This book was awesome!

This book has so many surprises and twists and turns! I loved it!

I ♥ Vance and Treena! In case you also read my review of Red Winter and were wondering... No, my stance on cookie cutter romance plot lines being thrown into what would otherwise be awesome YA books has not changed one bit. The author just did a really good job with the love story in these books. It did not take away from the character development or from the focus on the other things going on in the book. It added an important aspect that I do not think the book would have been as good without.

The author did an excellent job of world building in Numbers Game, and in this book, she introduces readers to totally different aspects of that world, outside of NORA.

I loved following Treena's epic journey and first time outside of NORA. However, I was a bit disappointed by the ending. Mostly because it didn't keep going, but also, I feel like it just cut off and didn't have any kind of closure or provide a good transition into the next book.

The only thing that redeems this and relieves my frustration with the ending is that the final book in the series has already been released, and I do not have to wait to see what happens next.

Also, I want to thank Rebecca Rode for providing Chan's Story (Numbers Game #1.5) for free, for signing up for her newsletter. It was nice to read a story from a different character's POV about part of what was happening during the first book. I also saw that the author wrote Ruby's Story (Numbers Game #2.5), which I bet is AWESOME! I can't wait to read it! I ♥ Ruby!

I just got done reading Chan's Story, and plan to read Ruby's Story next. Then, I have a few more books that I previously made commitments to read, but after that, I HAVE to read Numbers Raging to find out what happens next! I'll post my review soon!

I received this book from the author, through the Review Chain, in exchange for an honest review.

a Rafflecopter giveaway
Posted by Meet Your New Favorite Book at 4:14 PM