The Rise of the Dawnstar Blog Tour and Giveaway!


Aurora Firedrake returns in the spellbinding sequel to The Last of the Firedrakes.
The seven kingdoms of Avalonia are crumbling and evil is spreading across the land like a plague. Queen Morgana is close to finding a way to open The Book of Abraxas and it’s only a matter of time until she uses the power trapped inside its pages to enslave the entire world.
With Avalonia growing more dangerous by the day, Aurora must travel through war-torn lands and deep into the heart of the fae kingdom of Elfi. Her goal is to find a legendary weapon infused with the last of the realm’s ancient magic—the only weapon in the world powerful enough to stop the queen.
Aurora might have survived her first battle against Morgana, but the true fight to save her kingdom and restore her throne has only just begun… 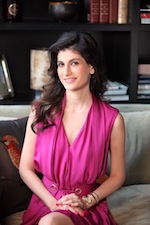 Author Bio:
Farah Oomerbhoy is the international bestselling author of The Avalonia Chronicles. Her first book, The Last of the Firedrakes, was originally published on Wattpad where it gained nearly two million reads and a Watty Award. Since publication, her debut has gone on to win a silver medal in IBPA’s Benjamin Franklin Awards and the Readers’ Favorite Book Awards, along with winning a finalist placement in the USA Best Book Awards. Farah loves the fantastical and magical and often dreams of living in Narnia, Neverland, or the Enchanted Forest. With a master’s degree in English literature from the University of Mumbai, Farah spends her creative time crafting magical worlds for young adults. She lives with her family in Mumbai, India.

I read The Last of the Firedrakes two years ago and remembered really liking it, so when I got the opportunity to read an ARC of the sequel, I was super excited! I had to go back and read a little about the first book and my review of it to refresh myself on what happened.

Let me first say that my immediate reaction after finishing the last page of this book was one of anger and frustration! I can't believe the author ended it like that! I checked GoodReads immediately after finishing the book, and the third book in the series is not even listed with an unknown title/cover/release date yet. :(

After I calmed down a little bit (kind of), here were my reactions to the rest of the book:

The first book was good, but I liked this one better!

The author did an excellent job of world building and character development in the first book. In this book, she expands on that and gives us a glimpse into a totally different part of that world. We learned about some of the fae in the first book, but we get to enter their part of the world in this one and learn way more about the fae that are not living among the mages, hiding in fear.

Also, the love interest in the first book was alright, but this book added a whole other layer and made it more interesting.

I also have to say that I found it a little annoying how low Aurora's self-esteem was at times and how many times she kept reminding herself that she needed to be less trusting of others. Most of the time, she didn't do anything different to try to protect herself, so it was just annoying and made her seem naive. Besides extending the ending, that is probably the only other thing I would have about this book.

I was excited to read this book because I really liked the first one, now I'm dying to read the next one!

If you haven't read the first book, I encourage you to read it so that you're caught up in time to read this one before the third book in the series is released. I guarantee after you read this book, you will be counting the days until you can find out what happens next!

I received a copy of this book in exchange for an honest review.