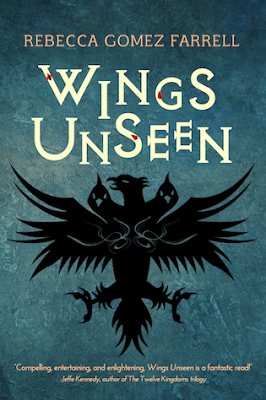 To end a civil war, Lansera's King Turyn reliquished a quarter of his kingdom to create Medua, exiling all who would honor greed over valor to this new realm on the other side of the mountains. The Meduans and Lanserim have maintained an uneasy truce for two generations, but their ways of life are as comparable as oil and water.

When Vesperi, a Meduan noblewoman, kills a Lanserim spy with a lick of her silver flame, she hopes the powerful display of magic will convince her father to name her as his heir. She doesn't know the act will draw the eye of the tyrannical Guj, Medua's leader, or that the spy was the brother of Serrafina Gavenstone, the fiancè pf Turyn's grandson, Prince Janto. As Janto sets out for an annual competition on the mysterious island of Braven, Serra accepts an invitation to study with the religious Brotherhood, hoping for somewhere to grieve her brother's murder in peace. What she finds instead is a horror that threatens both countries, devouring all living things and leaving husks of skin in its wake.

To defeat it, Janto and Serra must learn to work together with the only person who possesses the magic that can: the beautiful Vesperi, whom no one knows murdered Serra's brother. An ultimate rejection plunges Vesperi forward toward their shared destiny, with the powerful Guj on her heels and the menacing beating of unseen wings all about.

Readers of all ages will enjoy Wings Unseen, Rebecca Gomez Ferrell's first full-length novel. It is a fully-imagined epic fantasy with an unforgettable cast of characters. 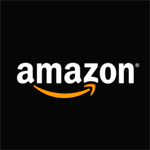 I've been watching a lot of Game of Thrones, and I assume the author does as well (or has read the books, which I, regrettably, have not done yet). A couple of the names are similar (i.e. Braven/Bravos and Lanisters/Lanserim).

The author might have been inspired by GoT, but this book was definitely much different than GoT. You can tell that there was some inspiration, from a few names and places, and some of the settings in the book sound similar. In fact, since I just recently binge watched the entire GoT series to get caught up for the new episodes in season 7, there were several places in this book where I thought something entirely different (and usually much worse) was going to happen, because that is something that would have happened in GoT, but the author took it a totally different direction.

So, whether you love GoT, hate GoT, or you've never even heard of or seen/read GoT, I still recommend this book!

Basically, a civil war between people who value greed and power and those who value honor broke out. To stop the fighting and bloodshed, they signed a truce, giving the Meduans the land over the mountains, and the King rule over the rest of Lansera.

The Meduans were the cruel, greedy people, of at least the men among them who strive for power were. They treated women like shit, even their wives and daughters. All women were considered just a way to fulfill urges and have children. Wives typically weren't even allowed to live in the same house with wealthy men and their children, and poor men weren't allows to marry. Most women lived in a separate part of town that men only entered when they have "urges."

Across the mountains, a kind king rules with honor and compassion. The king married for love, and the prince is engaged to marry his childhood sweetheart. The two peoples couldn't be any more different.

I ♥ed Prince Janto, but my favorite character was Vesperi! I ♥ed her personality and spunk! Even though the way she acts is a product of growing up in such a cruel and violent environment, she doesn't take any crap from anyone, regardless of the consequences. I want to say more and explain a couple of my favorite Vesperi moments, but I don't want to give away any spoilers... You'll just have to read the book! ☺

This book was AWESOME! The author did an excellent job at world building and character development. She really let the reader travel into Lanserim and Medua, in order to be able to understand their worlds and culture.

I absolutely ♥ ♥ ♥ this book!!! I even loved the romantic aspect in it, which if you've read pretty much any of my other reviews, you know that I am very critical of. This was not cookie cutter love triangle or stupid crush, though. The author did an excellent job at fitting the love story in in a unique manner, without taking focus away from the rest of the story, and especially without taking focus away from the amazing characters or making them turn into idiots around their silly crushes, like in way too many YA books nowadays.

I definitely recommend this book to everyone! The only problem I had with it was that it ended too early, and I wanted to keep reading more! I would love to read a sequel! I loved the ending, but I'm not sure if the author intended to leave an option for or intends to write a sequel.

I ♥ed this book and am super impressed with Rebecca Gomez Farrell and will definitely be looking for future books by her!

I received a copy of this book for free from Xpresso Book Tours in exchange for an honest review.

a Rafflecopter giveaway
Posted by Meet Your New Favorite Book at 12:00 AM